Unidentified human remains have been discovered in the search for a soldier who disappeared from her Texas base in April, according to the US Army.

Private First Class Vanessa Guillen, 20, was last seen on 22 April in a car park where she worked in Fort Hood.

Army spokesman Chris Grey said the partial remains were found in an "area of interest" agents had returned to in the search for Ms Guillen.

Her disappearance prompted rallies in Fort Hood and her native Houston.

An attorney for Ms Guillen's family told CBS News that investigators informed them the remains may belong to the soldier, but forensic experts have not yet confirmed it.

"No confirmation as to the identity of the remains has been made at this point and we ask for the media and public's understanding that the identification process can take time," Mr Grey said.

Agents from the US Army Criminal Investigation Command, Texas Rangers, FBI and local police revisited the site, near the Leon River about 30 miles (48km) from Fort Hood due to a tip.

After receiving additional information, agents have discovered what has been described as partial human remains after analysis from a forensic anthropologist."

The remains were found in a shallow grave.

Ms Guillen, a small-arms repairer with the 3rd Cavalry Regiment, is originally from Houston, Texas - about 200 miles (320km) from Fort Hood.

After her disappearance around noon on 22 April, Ms Guillen's car and barracks keys, ID card and wallet were found in the armoury room where she had been earlier that day.

"The question is who, what and when," congresswoman Sylvia Garcia said. "And we've been reassured that they're going to do everything they can, they will leave no stone unturned until they find Vanessa."

The Army Criminal Investigation Command had increased the reward for information concerning her disappearance to $25,000 (£20,000) earlier this month.

Ms Guillen's family has alleged that she had been harassed by someone within her unit, but officials have said they have no information to indicate she was sexually assaulted. The 3rd Cavalry Regiment has launched a separate investigation regarding those claims. 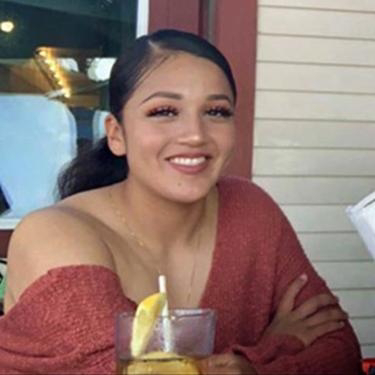